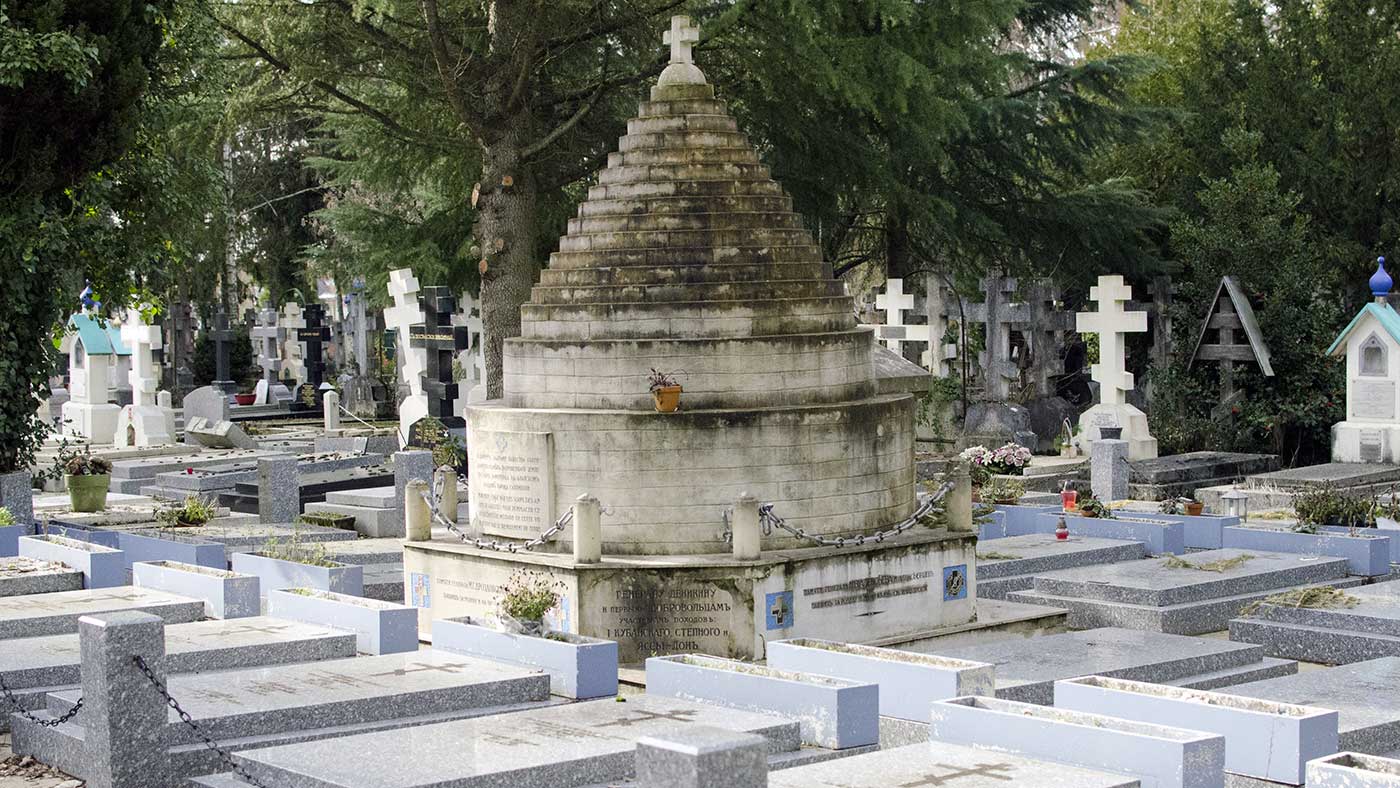 The Gallipoli monument was erected in memory of the Russian veterans of Galipolli. The Gallipoli Peninsula forms the northern part of the Dardanelles Strait connecting the Aegean Sea to the Sea of ​​Marmara. In 1920-1921 part of General Wrangel's Russian army, evacuated from Crimea, settled on the Gallipoli peninsula. The Gallipoli military camp became one of the military centers of white emigration. Many refugees subsequently left for other host countries, particularly Serbia and France. A memorial monument was erected in 1921 on the spot by Russian forces. Destroyed by an earthquake in 1949, this monument was rebuilt and inaugurated in May 2008. A smaller copy of this monument was made by the architect Alexandre Benois to install it in the Russian cemetery. Commemorative plaques in memory of the soldiers of the White Army are affixed to the base of the monument. These are the soldiers who died during the civil war against the Bolsheviks as well as their generals: Alexeev, Kornilov, Markov, Drozdovski, Wrangel, Admiral Koltchak as well as "glorious Cossacks". On the stones is a skull crest of the Kornilovskys whose motto was "conquer or die"

There are 36 tombs in this square.