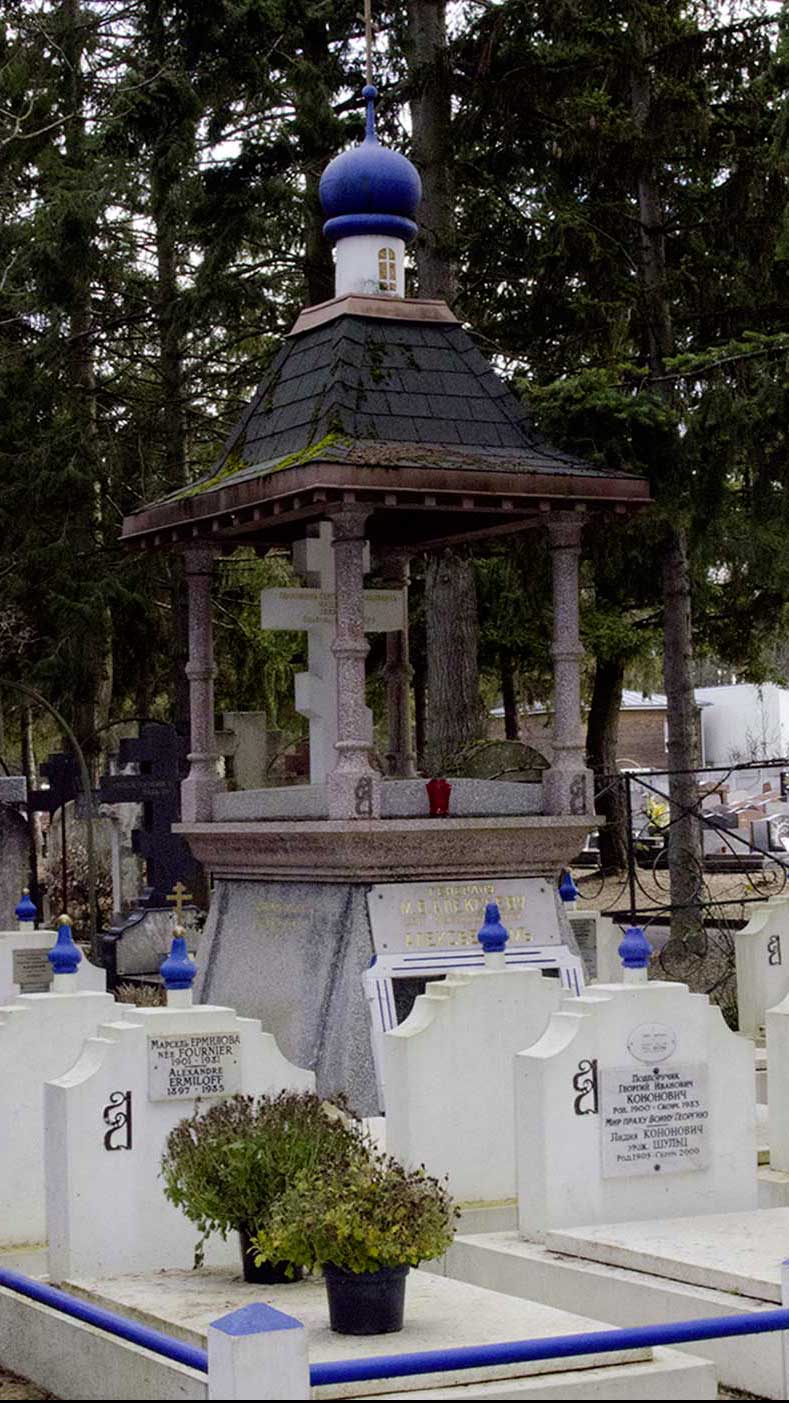 This square, delimited by blue bars, includes a small chapel in memory of General Alexeev. This general, born on November 3, 1857 in the government of Tver (Russia) and died on September 25, 1918 of a heart problem in Ekaterinodar (Russia), is a Russian soldier. He was an officer before and during the First World War and one of the leaders of the anti-Bolshevik White armies during the Russian Civil War from 1917 to 1918. During the revolution, Alekseyev used his influence with the other commanders-in-chief to convince the Tsar to abdicate in March 1917 and thus save the monarchy. After the October Revolution, he was one of the founders of counter-revolutionary organizations calling to fight the Bolsheviks and the Germans. He took part in the Kuban campaigns of the volunteer army and became its commander-in-chief. General Alexeev is buried in Belgrade in Serbia where his body was transferred to prevent his tomb from being desecrated.

After his death, his name was given to a unit of volunteers he had formed in December 1917, which became General Alexeev's division.